Alibaba is repurchasing 20% of Yahoo’s stake in the company. The transaction, which started months ago, has taken about six months to come to a conclusion at $7.6 billion in pure revenue to Yahoo. After taxes and other overheads costs, Yahoo will still have $4.3 billion out of which about $3 billion is expected to go back to shareholders. 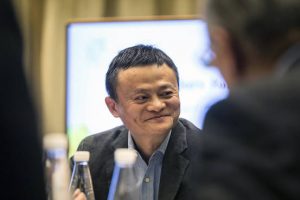 The Alibaba Group was founded in 1999 by Jack Ma, a former English teacher in the city of Hangzhou. Jack had inspirations to make the internet more accessible and fulfilling for everyone, especially in his home country, China. The group is made of internet-based businesses, like online marketplaces that made it possible for business-to-business international and domestic China trade. It also created business opportunities for retail owners and facilitates payment platforms, shopping search engine, and distributed cloud computing services that has played major roles in the country’s commercial industry. As a widely accepted, trustworthy business, Alibaba Group gradually grew to reach internet users in over 240 countries and regions with more than 24,000 people as employees in 70 cities in Greater China, India, Japan, Korea, the United Kingdom and the United State.

Alibaba.com, which stands as one of the biggest internet companies in China, with specialty in electronics products, serves as a platform that matches buyers and sellers around the globe with Chinese suppliers and entrepreneurs. The Alibaba Group also operates other sections of the business like Taobao.com – the largest auction site in China which competes with Ebay’s China operation. 7 years after selling 40% of their stake to Yahoo, Alibaba adjusted its business operations in seven business groups in an attempt to facilitate the development of open, collaborative and prosperous e-commerce platform and to improve customer experience. These groups include Alibaba International Business Operations, Alibaba Small Business Operations, Toabao marketplace, Tmall.com, Juhuasuan, eTao and Alibaba Cloud Computing. 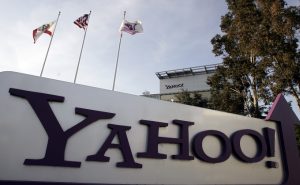 In 2005, Yahoo bought 40% of Alibaba for $1 billion and handed over operations of the China Yahoo website to the company. That was a chunk investment made when Yahoo stock was trading at $35. However, since the past few years, their stock has been stuck below $20 and the company has been looking for ways of reviving the business to help improve their market value. Buying back some of their stock from shareholders may be a viable option but then comes a problem. There has become a huge competition in online advertising business which was Yahoo’s major source of revenue. Now most of that business goes to the king search engine, Google, and the hot social sites like Facebook. This left Yahoo with a fraction of the online advertising spending, even when businesses are continually spending more.


Few months ago, Yahoo made the resolution to part with half of their investments in Alibaba, a line of decision campaigned by shareholders who are on the verge of losing hope in Yahoo stock. The first phase of the deal was just closed at $7.6 billion with talks that Yahoo shareholders will get about $3 billion of the money. Whether this decision will bind is yet to be determined as there are lots of speculations on how the capital realized from the Yahoo deal may be spent.

If you have been hopefully holding to your Yahoo stock despite the fact that the company’s stock value has been stuck below $20 for the past four years, then the conclusion of the first phase of the repurchase transaction between Yahoo and Alibaba should put a smile on your face, right? The truth is most shareholders are frustrated with Yahoo’s slumping stock price and have been long awaiting breakthrough news since the erratic change of CEOs the past few years. When talks about selling their stake in Alibaba started a while back, Yahoo wanted to table proceeds from that transaction before her shareholders which was almost heeding execution until the new CEO, Marissa Mayer, warned that she is still reviewing that plan.

From recent estimates, shareholders may now receive about $3 billion of the $4.3 billion that will remain from the $7.6 billion after taxes and other overhead costs. This will still leave over a billion dollars in the company’s account which Marissa says she may use for investments in the future of the company. She has planned to make a total change in the way the company does business with plans on pursing acquisitions. Speculations had it that she may go for any of those hot websites like Pinterest, Scrapbook, etc. However, whether she will proceed to give the shareholders this money or hold unto it to execute her turnaround agenda for the company is yet to be determined. With a lot of outcries from shareholders, I think she will be risking a lot to go into business with all that money.

What Happens To The Remaining 23% Stake In Alibaba?

The $7.6 billion transaction between Yahoo and Alibaba is termed the first stage for a reason. It simply implies that the $1bn and the China Yahoo website investments Yahoo made in Alibaba in 2005 are now worth more than $16.5bn. Selling 20% of their stake at $7.6 billion leaves about 23% stake behind – estimated to a total of $8.9 billion. This amount is expected to increase as Alibaba continues to thrive. News from the terms of the just concluded transaction had it that Alibaba can still repurchase 10% of the remaining Yahoo stake – after which they can do what they like with the remaining stake when the company (Alibaba) goes public in three years time.

Based on the stock the company recently sold to enable it finance the Yahoo deal, Alibaba has a market value of $40 billion while Yahoo, in contrast, has a market value of less than $20 billion. I feel that Yahoo may be up for a major stumble if Marissa couldn’t invest the $1.3 billion (the remaining after shareholders’ take) judiciously into the future of the company. However, decisions on how the capital will be used and the structure of Marissa’s turnaround agenda are yet to be made.