For quite a while now there has been quite a healthy debate about which is better: krill oil or fish oil, and although both of these Omega 3 supplements have benefits, some are more pronounced on krill than fish oil.

Where Krill Oil Comes From. Its Unique Ingredients 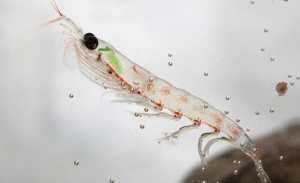 Krill are tiny little creatures, little shrimp, you see swimming in big schools, cold ocean water where whales, sharks and other marine life feed on. The key ingredient in Krill oil is DHA (Docosahexaenoic acid). New research has found that DHA provides a number of health benefits that scientists and researchers didn’t really realize before and that really helps in key areas in the body, promotes brain health and supports cognitive function in both young and old.
Research demonstrates that low levels of DHA and EPA (Eicosapentaenoic acid) which are two components of Omega 3 supplements, have been associated with decreased cognitive and neurological function in adults, poor short-term memory, decreased reaction time and there are some indications that lack of Omega 3 fatty acids lead to Alzheimer disease. They’ve also found that increasing intake of Krill oil as little as three months, has demonstrated significant improvements in increased attention, concentration, reaction time, cognitive function. 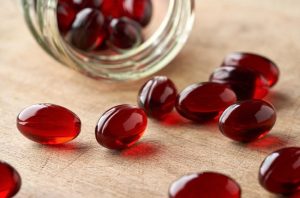 The University of California, Berkeley, also found that Krill oil has a pronounced effect on improved mood, reducing mood swings and decreasing depression and anxiety. Perhaps the most influential area that this special oil is beneficial is reducing inflammation and pain associated with various forms of arthritis. The American Journal of Nutrition demonstrated through research that supplementing with krill oil reduresulted in approximately 25% reduction in pain, inflammation and functional impairment associated with rheumatoid arthritis and osteoporosis so and also demonstrated that is reduces inflammation and symptoms of arthritis in as little as 7 to 14 days.

It has also proven effective in bouncing blood glucose levels which has a positive impact on type 2 diabetes. Studies that have been conducted recently, taking a look at Krill oil and its effect on metabolic syndrome and diabetes, show really encouraging results specifically when compared to participants taking placebo and also up a small population of the study taking fish oil. People taking this oil in both high and low doses demonstrated significant reductions, over 30% reduction in triglyceride and blood glucose levels. Both triglycerides and blood glucose levels are predictors and precursors of diabetes.